TaylorMade will launch the new SIM line in mid-February 2020 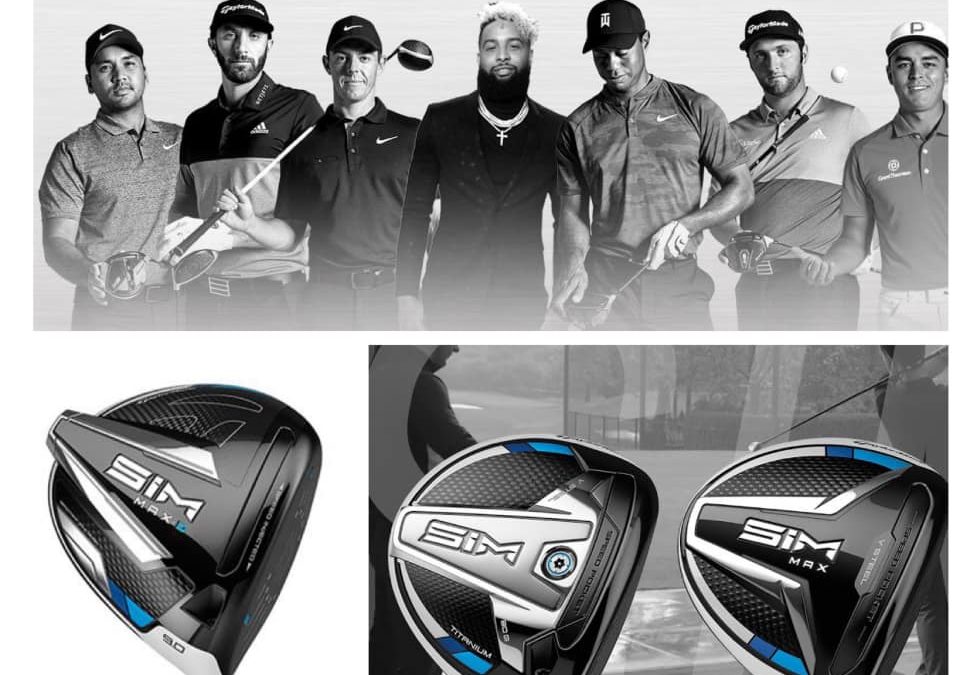 TaylorMade will be released in mid-February with a new SIM line with drivers, fairways and hybrids. Read the press release below and be inspired by this new technology

SIM DRIVERS
With an asymmetric sole design and enhanced Inertia Generator, SIM drivers rely on geometry to unlock the next frontier of performance. A series of shape-inspired innovations work in unison to improve forgiveness while also increasing aerodynamics and clubhead speed at the most critical stage of the swing - the last three feet (one meter) of the swing prior to impact.

Known as the speed generation zone, this is where the most meaningful increase of clubhead speed occurs. At the Tour level, players commonly accelerate from 90mph to 120mph in that moment of truth. SIM drivers are engineered to improve aerodynamics, and thus clubhead speed, through this critical phase of the golf swing.

SHAPE IN MOTION - ADVANCED GEOMETRIC SHAPING FOR AERODYNAMICS, CLUBHEAD SPEED AND FORGIVENESS
SIM, SIM Max and SIM Max • D drivers feature a raised crown and sole to reduce drag and improve airflow throughout the swing. While raising the crown and sole improves aerodynamics, it typically comes with a trade-off in the form of higher CG projection. However, the SIM family of drivers counteract that with the Inertia Generator positioned low and back with a heavy steel weight at the rear of the club. This design element moves the CG projection very low, optimizing launch conditions and increasing MOI - providing additional forgiveness for the golfer.

During aerodynamic testing, TaylorMade discovered the need to rotate the Inertia Generator to match the direction of airflow within the speed generation zone. The result is air that moves smoothly across the sole on the downswing and enhanced clubhead speeds in company tests.

To put it simply, TaylorMade has designed a driver with no tradeoffs. SIM is fast, forgiving, promotes favorable launch conditions and has one of the hottest faces in golf.

Do you want to know more about this new line? Then take it contact with us!